What if President Trump is fully aware of the corruption leading up to perhaps Obama himself. What did acting AG Loretta Lynch actually say to former president Bill Clinton on the Tarmac? Are we supposed to believe they talked about their grandchildren?

Why is Huma Abedin always with Hillary wherever she goes? Is this normal? Why is that her former husband Anthony Wiener had Hillary’s emails on his computer? Why didn’t the DOJ act on this?

What if Seth Riches murder was in retaliation to his informing about the dirty tricks being played out by the DNC and Hillary Clinton? Why haven’t Republicans investigated this?

Why did Debbie Wasserman Shultz step down? Did she in fact rig the nomination process so Hillary would be the nominee?

Why is it that after more than two years of the Muller probe there is no indication of Russian collusion by the Trump campaign.

Why hasn’t the FISA warrant which is the basis for the bogus investigation into the supposed Trump Russian collusion been made public? What are the DEMS afraid of? Why are they bloocking its release?

How come Uranium one isn’t being investigated. Did the Clinton foundation receive monies from what may be an illegal sale?

How come Eric Holder gets a pass for “fast and furious?”

Why did the Obama administration fly in millions of dollars in CASH to the Iranians when a wire transfer would have been just as good and far easier? Who kept track of the cash?

Why is it that former FBI director Comey not only worked with Muller but has been part of the Clinton political machine for years.

Why is it that DEMS throw a hissy fit when Rod Rosenstein is replaced?

Why would John Podesta attend a Spirit-cooking ceremony with a modern-day occultist/witch?

I have stated this numerous times but will do so again. We have not a real president since JFK with the exception of Reagon—they tried to kill him too—and now Donald Trump.

Trump, by the way, was never supposed to be in the white house.

The Deep state is all too real. Its tentacles reach everywhere. Trump’s tweet showing politicians and government officials behind bars is a shot across the bow of the Elites, the globalists and the plutocrats who think they are above the law.

Is the noose is tightening?

Where we go one we go all!

Peggy and I are overwhelmed with the outpouring of love and financial aid that so many of you have given.

We have rented a house in Thousand Oaks and are buying furniture.

We have lost all of our books and DVD’s that were stored in our garage. In other words, all our inventory is gone. Picking up the pieces and we hope to get up and rolling in a few weeks. We’ll see. L.A.

We lost everything our house and studio are all gone as well as all of our products that were stored in our garages.

The place looks like an A-bomb hit it. There’s nothing left… nothing.

We are lost our home.

God will bring good out of this because that’s what He does.

In the meantime, we have created a gofundme page.

You can also donate through PAYPAL: DONATE To the Marzulli Fire Relief Fund

If the link above doesn’t work, copy and paste this link into the address bar: https://www.paypal.com/cgi-bin/webscr?cmd=_s-xclick&hosted_button_id=4TZXNKX5KC5JY

I’m going to do Acceleration Radio tonight. A big THANKYOU for all of you who have helped us out financially in this time of loss!

The Absurdity of the Caravan

Russ has just returned from London and Scotland. I spoke with him on the phone a few days ago and what he told me was disconcerting. Hear it for yourself tonight at 6pm.

Peggy and I are overwhelmed with the outpouring of love and financial aid that so many of you have given.

We have rented a house in Thousand Oaks and are buying furniture. Our dogs are still in the kennel but we hope to get our furry friends out by Sunday. One day at a time for the moment.

We have lost all of our books and DVD’s that were stored in our garage. In other words, all our inventory is gone. Picking up the pieces and we hope to get up and rolling in a few weeks. We’ll see. L.A.

We lost everything our house and studio are all gone as well as all of our products that were stored in our garages.

The place looks like an A-bomb hit it. There’s nothing left… nothing.

God will bring good out of this because that’s what He does.

In the meantime, we have created a gofundme page.

You can also donate through PAYPAL: DONATE To the Marzulli Fire Relief Fund

If the link above doesn’t work, copy and paste this link into the address bar: https://www.paypal.com/cgi-bin/webscr?cmd=_s-xclick&hosted_button_id=4TZXNKX5KC5JY 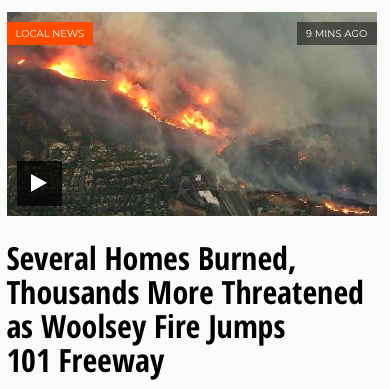 The Fire has now jumped the 101 freeway. Winds are expected to increase. We have moved all our computers, cameras and other valuables into our fire-proof root cellar.

Peggy and I are in Dallas at the Operation Classified Conference. Our daughter and our friend Justine are at the house ready to evacuate.

Very disconcerting but God is in control and no matter what happens He will bring good out of it. 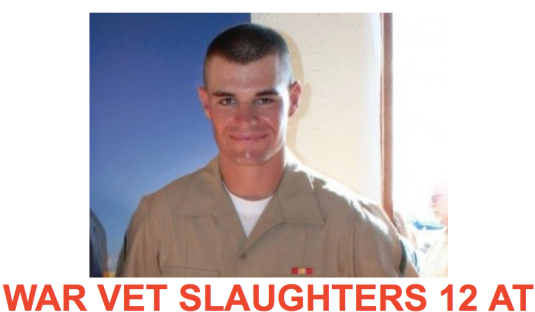 The Era of Madness

But know this, that in the last days perilous times will come: 2 Timothy 3:1

I live only 20 minutes from where this shooting took place. I drive by it at least once a week. 20 years ago when I had my cabinet shop we did work inside the building. My daughter Sarah used to go there once a week to dance. It was a popular hangout.

We are living in the Days of Chaos. What we are seeing, in my opinion, is unlike any other time in history. Lawlessness reigns supreme. What happened in Thousand Oaks last night is a reminder to us all that these acts of senseless deranged violence can happen anywhere.

Of course, the Democrats and the antigun lobby will be calling for us to round up the guns and void the second amendment. We need to stand fast and push back. Thousand Oaks is a no-concealed carry city. People are not allowed to pack except without a special permit which is very difficult to get.

The Antifa people chanted “Racist scumbag, Leave town!” This is intimidation of the worst sort and if it continues there will be violence. Threatening conservatives and those who hold a Christian worldview and claim to be Nationalists is nothing short of what the real Nazi’s did in the 1930’s. The Antifa movement are, in fact, the real fascists.

Then we have A.G. Sessions resignation which is creating what can only be described as panic through the Democrats in Washington. I would posit that the timing of this was orchestrated and carefully planned by Our President. The Mueller investigation is nothing short of a witch hunt. The Steele Dossier was created by Fusion GPS and paid for by the DNC and Hillary Clinton’s presidential campaign. End of story.

The corruption that will be exposed now that someone will actually go after the weasels in the DOJ and the FBI may be damaging to the Obama administration as well as the Clinton’s.

Q has been talking about this for months and it is now here. BOOM! I would think that Comey, as well as Rosenstein, will be charged. In fact, this could go all the way to the Obama White House.

In closing. These are the Days of Chaos. Perilous times are here…

So the Democrats took the house and the Republicans held the Senate. I can guarantee you that the Dems will go after our President and shiftless Schiff is already calling for further investigation into the supposed Russia Collusion.

Maxine Watters will most likely draw up articles of impeachment since that’s her favorite word in her vocabulary.

Nancy Pelosi will thwart anything Trump tries to do in the House. Remember her famous quote about Obummer’s health care. “We have to pass the bill before we can read the bill.”

So essentially the inmates are running the asylum.

In the meanwhile the American people will be the big losers as the weasels in Washington will continue with the Bogus witch-hunt under Mueller, try to repeal the tax cuts and push the globalist agenda.

Forget about the construction of the border wall, as the Dems will continue their open-border policy.

In my opinion part of the blame for the Republican’s loss in the House can be laid at the feet of out-going speaker Paul Ryan. He could have rallied for Trump. He could have started campaigning for the mid-terms the moment Trump was elected. He could have pushed back against the bogus Russian Collusion story. He could have held Maxine Waters accountable for her divisive comments. As acting speaker of the House Ryan abdicated his responsibilities. I would posit that it was deliberate.

My hope is that Q-anon is right and the sealed indictments will be opened and the American people will finally see the corruption that is like cancer in all branches of our government.

The Church has a morbid propensity toward ambivalence in regard to the UFO phenomenon. L.A. Marzulli

Get the vote out!
The Democrats have nothing to offer us but higher taxes, bigger government, abortion on demand, open borders and ties with the deep state.

I could go on but I think you get the point. If we don’t get out and vote the Dems will gain the House and they will go after our President with articles of impeachment.

Trump has packed out venues wherever he speaks. Millions of Americans voted for him. He put’s us first and lowered our taxes, did away with Obama’s regulations and restrictions, built up our military, called for the badly needed wall on our southern border, is tough on trade, stands up to the Mullah’s in Iran and stopped Rocket-man!

Obama’s rallies have only a few thousand people with many empty seats. Obama had 8 years in office and all he accomplished was to double the national debt, create division, regulate and restrict business, allow a power vacuum in the middle east which led to the creation of ISIS to name a few of his “accomplishments.” I wish he would go away and stop lecturing us on how fearful we are.

Make America Great Again! Get out and VOTE! 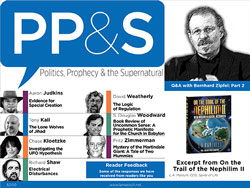