The channel, which had amassed around 30,000 subscribers, has been wiped clean, its content replaced with a small red termination notice. The removal appears to be for keeps as well. As opposed to suspensions, parent company Google’s rules outline the repercussions of terminations as the following (emphasis ours): 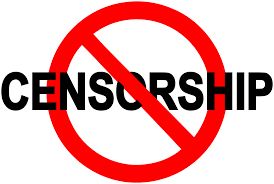 Big Brother is alive and well and crushing free speech under the guise of calling it “hate-speech.” This is right out of the Communist playbook and most people under 30 have no idea of what I’m talking about. They call those of us with conservative views fascists.

The real fascists are Google and the censors who removed Jerome Corsi for life. Whose next? I will predict they will take down Alex Jones in the near future.

Bill O’Reilly was tried and found guilty in the court of public opinion fueled by salacious stories of sexual misconduct. So where’s the proof? There isn’t any.  The outcome? Big Brother, The Deep State removed the leading voice of Christian Conservatism in our country. He was also the most watched cable show for over 17 years.

There is a war and it’s being fought on the news channels. If you watch CNN you would think that President Donald Trump was in bed with the Russians and the election was rigged. However, if you tune into FOX you would hear that after a year there is not a shred of evidence of any collusion with the Russians. So why is Mueller still in the midst of his witch hunt?

Back to Corsi. Corsi was instrumental in releasing Q-anon posts that point to a corrupt Deep State within our government that is allegedly engaged in pedophilia and human trafficking. He was/is a conservative voice that pointed to Obama’s birth certificate as being forged. This was also backed up by Sherrif Joe Arpaio. Here’s the clip!

What we are seeing, in my opinion, is that anyone who raises a conservative Christian opinion is subject to censorship, demonetization, and then banned for life on YOUTUBE. This is the real face of fascism. When speech that is contrary to what those in power deem inappropriate and it is censored we no longer live in a free country.

When Corsi is banned for life on YOUTUBE we are living in a country where the elites who hold power will tell us what to think and say and if any of us dare raise another opinion we are censored.

What’s next? Re-education camps? This is what happened in Russia and China and millions of people perished. It can’t happen here some of you are saying? Tell that to Bill O’Reilly and Jerome Corsi who were censored and then removed from public view thus preventing them from making a living.

In closing. It’s time to circle the wagons and realize that those of us with Christian values are under attack. Just think about this. Joy Behar makes cutting remarks about Vice President Pence’s talking to God. She gets a pass by our media but Corsi gets banned for life for speaking his mind? Double standard anyone? This is the end of free speech. Time to stand up. Time to push back.

The pastors whould be addressing this. If they don’t the church will never rally and so will remain irrelevant…